• More information about the project here

NetMagazine was a multi-language telematic magazine founded in 1994, March, from the collaboration between the Corso di Strutture della Figurazione (Istituto di Discipline della Comunicazione, Bologna University) and the Centro Studi Baskerville. It was directed by Pier Luigi Capucci. NetMagazine was in a computer’s memory and not on a paper support, it depended on information technologies and its diffusion used telematic networks.

NetMagazine was a publication interested into relationships between culture and technologies, not only theoretically, by essays from differents fields and devoted areas, but also in a pragmatic way, publishing articles, news, reviews, projects, or directly participating to the events.

NetMagazine had an international level and two aims, strictly connected with each others: research and information. Research was in valuing networks’ information reading interfaces (intuitiveness, ergonomy, easy access, etc.), in using multimedia and studying the logical organization of information. NetMagazine main research guidelines were two. The first was in reflecting worldwide crucial debate raised by the passage from digital to electronic technologies. The second was focused on new ways of making information and publishing. In this field there were not definite standards, experiences were internationally scanty and non-existent in Italy. Particular attention was paid to multimedia dimension, because of the possibility to telematically publish images, sounds and short films.

NetMagazine had initially two editions. NetMagazine BBS was a publication concerned with the relationships between culture and technologies not only theoretically, by means of essays from different fields and various topics, but also by pragmatically publishing plans and artworks. 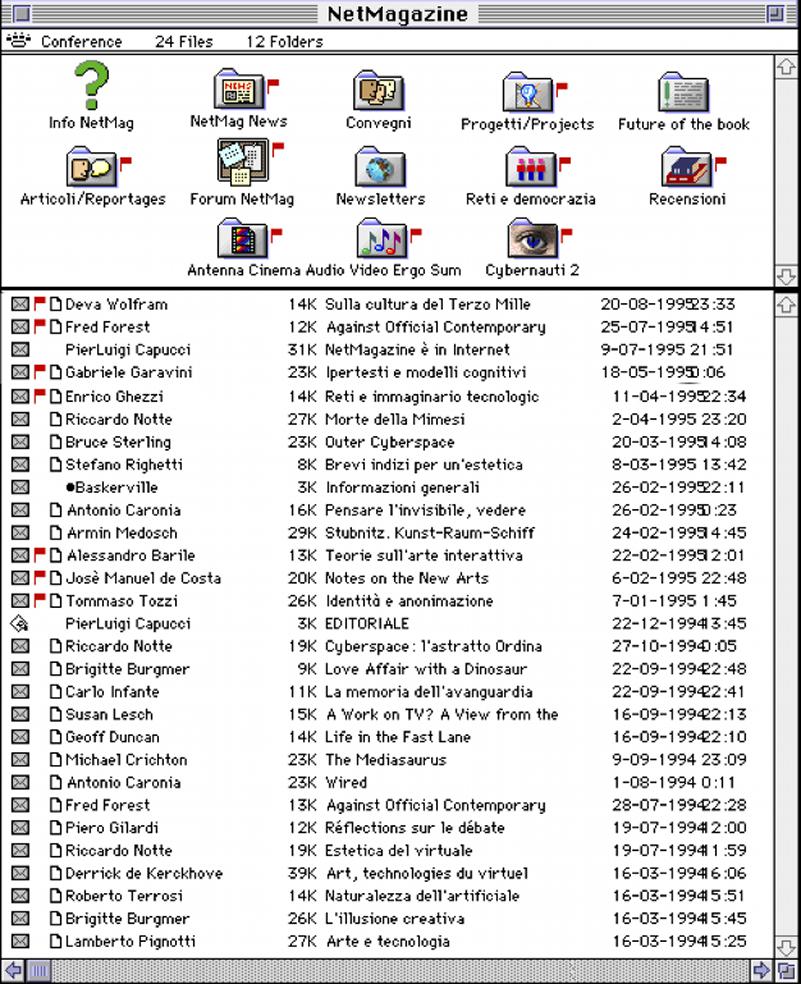 Instead NetMagazine in WWW was the multimedia and telecommunication test laboratory, where information was offered in a richer and more complex way. It was a periodical publication, regularly updated, and open to the new graphical interface and communication technologies, attentive with respect to the graphic and the presentation of information.

So at the beginning there were two different editions, originating from the same source, and the readers could see both of them.

NetMagazine was a work-in-progress magazine, both an observatory and a laboratory of online communication. Contributing with news and suggestions made this experimentation working.

Since September 1996 became mag-ically MagNet, also availing itself of the collaboration of The Course of Scienze della Comunicazione, “La Sapienza”, University of Rome. 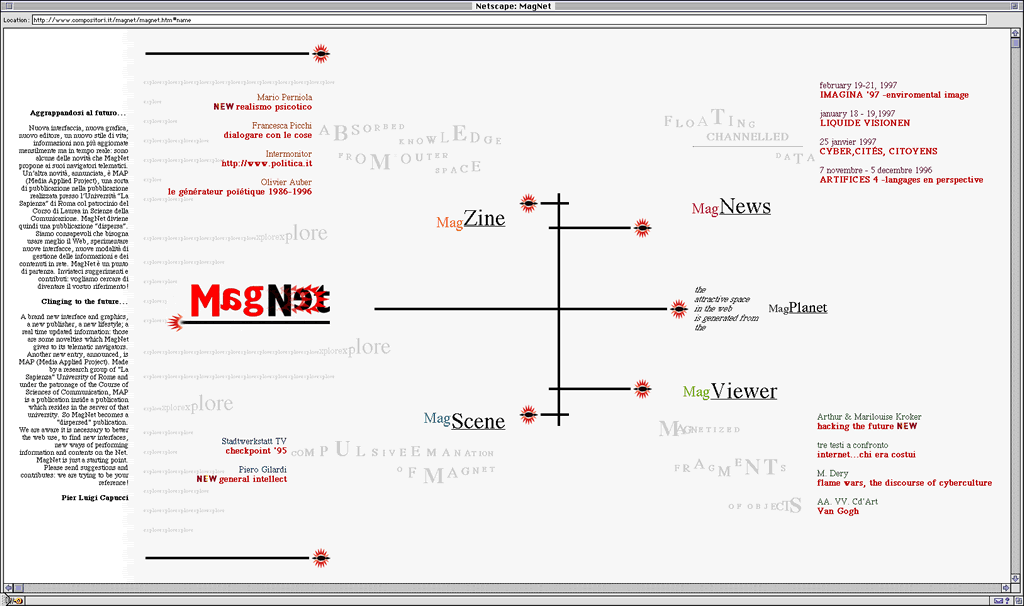 Theoretical and pragmatical aspects of technological communication and representation – Networking as environment – Natural vs artificial? – Art-Science-Technology relationships. Theories and projects. 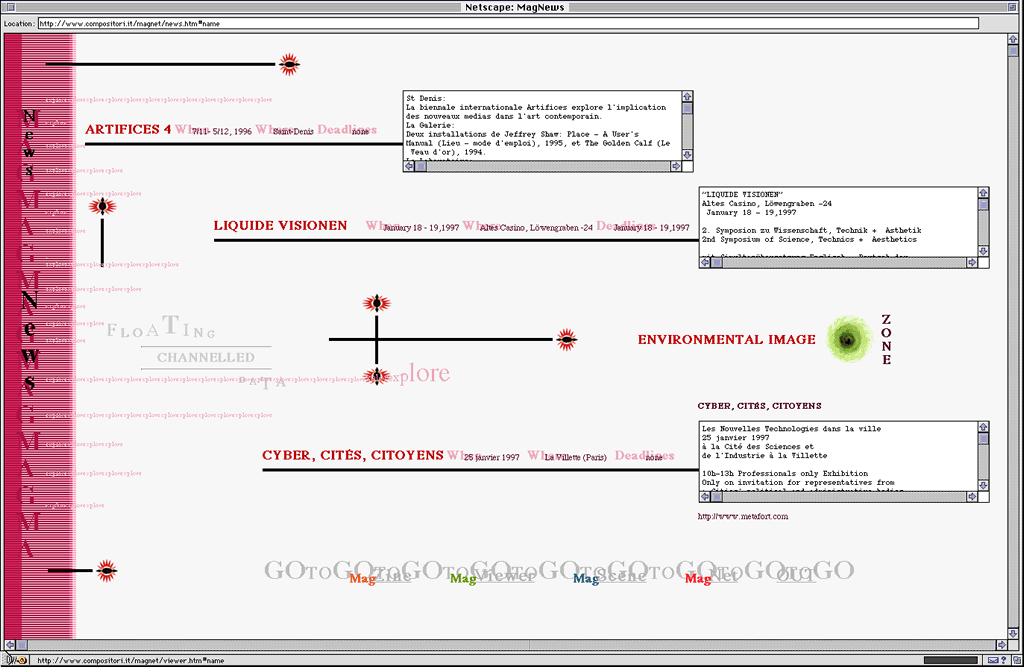 MagNet logo, one of the first animated GIFs in Italy