< mediaversi > is a series of books, founded in 2004, which aims at reflecting in an interdisciplinary way on the relations among the media (not only the digitally based ones), the emergent scientific disciplines and technologies and the society in its fundamental expressions: culture, representations, communications, arts.

We think that an interdisciplinary approach is important to deepen the relationships and synergies among media and technologies which are often different and distant, and to face the issues and phenomena – on communications, creation, society – that are being generated. This approach relies on the convergence of humanistic and scientific disciplines. < mediaversi > aims at becoming a critical observatory focused on the cultural transformations that the new sciences and technologies are producing.

< mediaversi > is published by CLUEB and coproduced by Noema. It has an international Scientific Committee which reflects its transnational and interdisciplinary dimension. 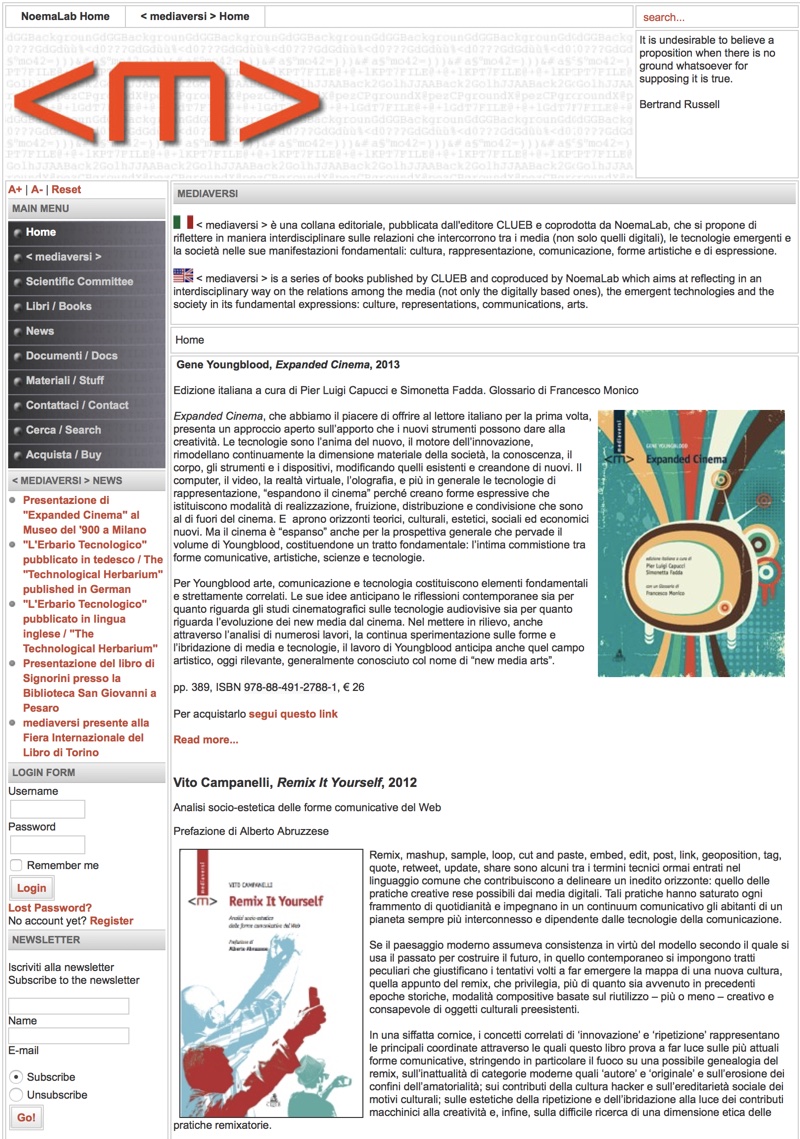