Ars Electronica 2016 updates in the n-blog 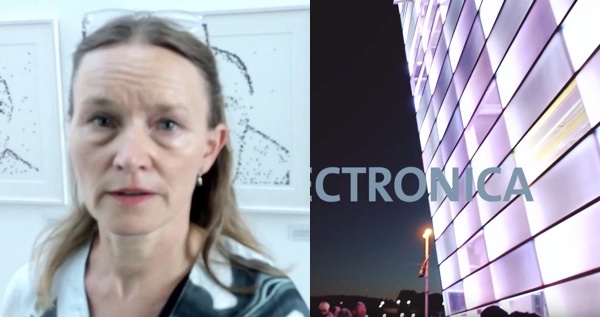 The n-blog, which is a Noema project, has updated its Ars Electronica 2016 reportage with new interviews and articles. One more interview has been published in fivewordsforthefuture website. fivewordsforthefuture is a Noema project as well which aims at helping people to understand innovation, to imagine the future and have visions. This interview is to Christa Sommerer. Christa Sommerer studied Biology and Botany (1982-85), followed by Art Education and Art Study in Modern Sculpture (1985-90) in Vienna, Austria. She concluded her post graduate study at the Staedelschule Institut for New Media, Frankfurt (1993-94). Subsequently, Christa Sommerer was an artist-in-resident at the NCSA National Center for Supercomputing Application, Beckman Institute (US) and at the InterCommunication Center ICC-NTT (JP).

Since 1992, she has been collaborating with Laurent Mignonneau. Christa Sommerer & Laurent Mignonneau are internationally renowned media artists. Christa Sommerer and Laurent Mignonneau are internationally renowned media artists working in the field of interactive computer installation. They are Professors at the University of Art and Design in Linz Austria where they head the Department for Interface Culture at the Institute for Media. Sommerer and Mignonneau previously held positions as Professors at the IAMAS International Academy of Media Arts and Sciences in Gifu, Japan and as Researchers and Artistic Directors at the ATR Media Integration and Communications Research Lab in Kyoto Japan. They also were Visiting Researchers at the MIT CAVS in Cambridge US, the Beckmann Institute in Champaign Urbana, IL, USA and the NTT-InterCommunication Center in Tokyo.

In the n-blog there is also a short video on Ars Electronica 2016 made by Stefano Baldin. From the press release:

«About 85,000 visits were tallied at the Ars Electronica Festival. “The public response has been overwhelming,” said a delighted Gerfried Stocker. “We knew that we really had to outdo ourselves at this second appearance in POSTCITY and I believe we’ve succeeded with flying colors!” POSTCITY’s underground was one of this year’s settings for media art, which means that the entire facility—from rooftop to cellar—came into play. Davide Quayola’s several-meter-tall sculptor robots, Dragan Ilic’s “Robo-Action,” the huge soap bubbles of Thom Kubli’s “Black Hole Horizon” and the Drone Academy in which quadcopter pilots-in-training could hone their skills—amazing stuff was happening on every floor of POSTCITY. And the European premiere of “DRONE 100 – Spaxels over Linz” was a blockbuster hit presented in cooperation with Intel. With a total of 534 events staged over the course of the 5-day run, the 2016 festival’s program that was more jam-packed and diverse than ever before. 842 artists, scientists, designers, technologists, engineers, entrepreneurs and social activists presented their works, delivered speeches, led workshop, gave concerts and performed. And a prestigious list of 382 associates make it possible for Ars Electronica to stage a festival characterized by huge dimensions and superb quality.»