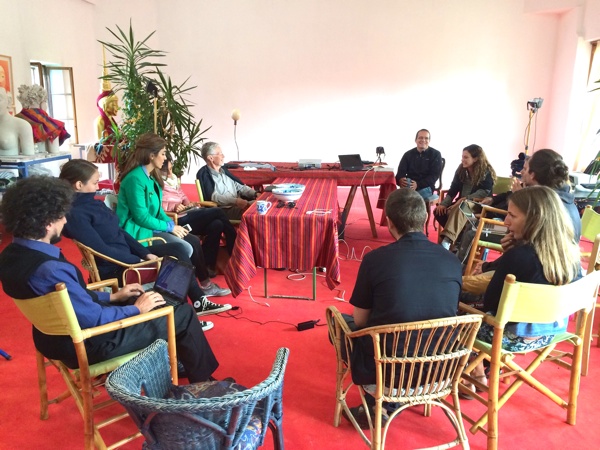 This year the 10 days of the M-Node (now T-Node) PhD Summer session were spent nearby Linz (hosted at the H – STUDIOS in Weistrach) at the same time of the Ars Electronica Festival. Hence, in addition to the activities that the PhD session requires and the meetings with the supervisors, our candidates could also attend to Ars Electronica conferences and exhibitions.

At Ars Electronica the candidates could also meet and get in touch with people who are relevant for their researches, coming to Linz from all over the world. In fact introducing our candidates into an International network of scholars, researchers, artists, scientists and philosophers is one of the goals of our PhD. This year Ars Electronica was particularly appealing because the first edition of the Prize “Visionary Pioneers of Media Art” was awarded to Roy Ascott, who is the president of the Planetary Collegium. 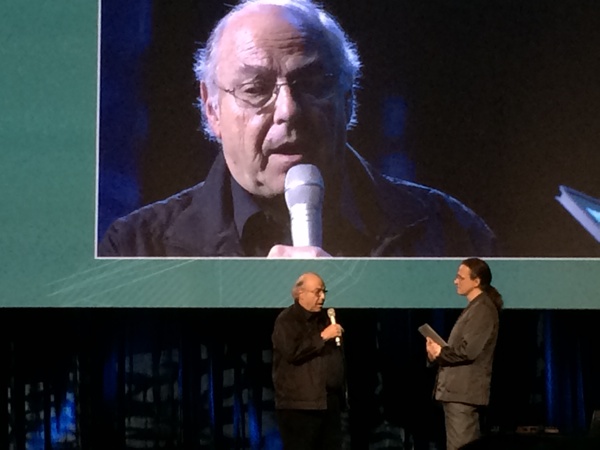 During the PhD session our candidates could participate to a one day mini-mindstorm on the topical issues of McLuhan’s book Understanding Media: The Extensions of Man fifty years after its publication in 1964. The final texts, in form of a Lexicon, will be published in a collective book by Academic Noema publishing.

During the session a day was also devoted to a meeting (“Always Already New Next Nexus. We Care for Words”) where our candidates and supervisors, as well as external scholars and artists, presented and discussed three words or ideas that they consider relevant to the present. The participants at the meeting were Derrick de Kerckhove, Francesco Monico, Denis Jaromil Roio, Francesca Bria, Maria Pia Rossignaud, Paolo Atzori, Gianna Angelini, Regina Dürig, Hanieh Abbasi Nik, Alessio Chierico, Erica Falcinelli and Tommaso Megale. Again the material will be published in Noema as a collective and collectable Lexicon of our “Always Already New” present.

Some words to start with were: