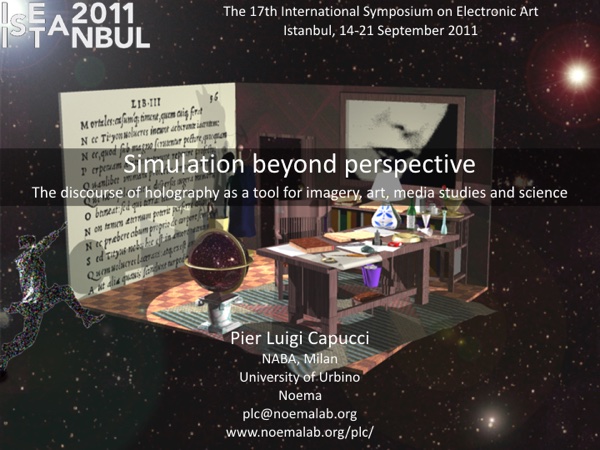 On September 16 I presented the paper “Simulation beyond perspective. The discourse of holography as a tool for imagery, art, media studies and science” at ISEA 2011, Istanbul, a beautiful city I enjoyed with my friends and colleagues. I wrote many articles on holography at the end of the 80’s and in the beginning of the 90’s, and my first book Realtà del virtuale (Clueb, 1993) has a chapter about holography. I decided to get back to this “global” technology because of its many implications in science, communication and art today. Moreover, I think worth (re)introducing a reflection on this technique in an era where the “3D issues” seems revamping in the media, and avoid the confusion among the many imaging techniques in the 3D field and holography. Finally, I think we could also use holography as a tool for understanding and learning some more about our everyday flat media imagery panorama. 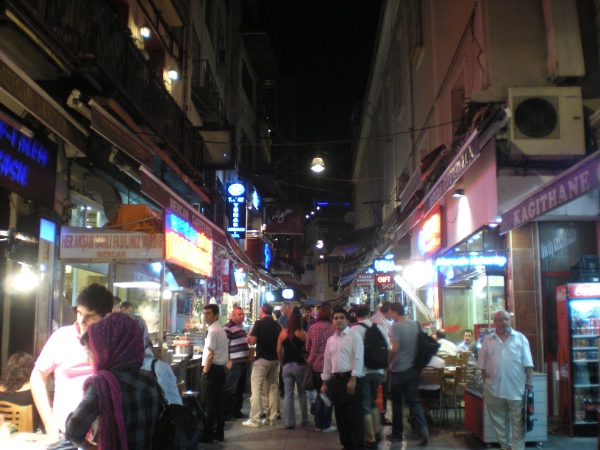 I published the paper with the slides inside Noema, enjoy! Here the introduction:

Simulation beyond perspective. The discourse of holography as a tool for imagery, art, media studies and science

In 2010 the 50th anniversary of the L.A.S.E.R. invention was celebrated, while in 2011 is the 40th anniversary of the Nobel Prize awarded to Dennis Gabor, [ ] the Hungarian scientist who invented holography. In 1947 Gabor was working in the microscopy realm, in order to make a light-made three-dimensional replica of a specimen that could substitute the original one, allowing the scientists to exchange it without any problems of degradation. Since the XIX Century the theories about the physics of light, and in particular on the interference of light waves, were achieved. However, unfortunately no light source able to generate a monochromatic and coherent light existed at that time, and Gabor, after repeatedly filtering the light of a mercury-vapour lamp, could only obtain a one millimetre square hologram. [ ] Therefore, the holography-related studies and applications went into sleep for about 14 years, until the invention of the L.A.S.E.R. (Light Amplification by Stimulated Emission of Radiation). 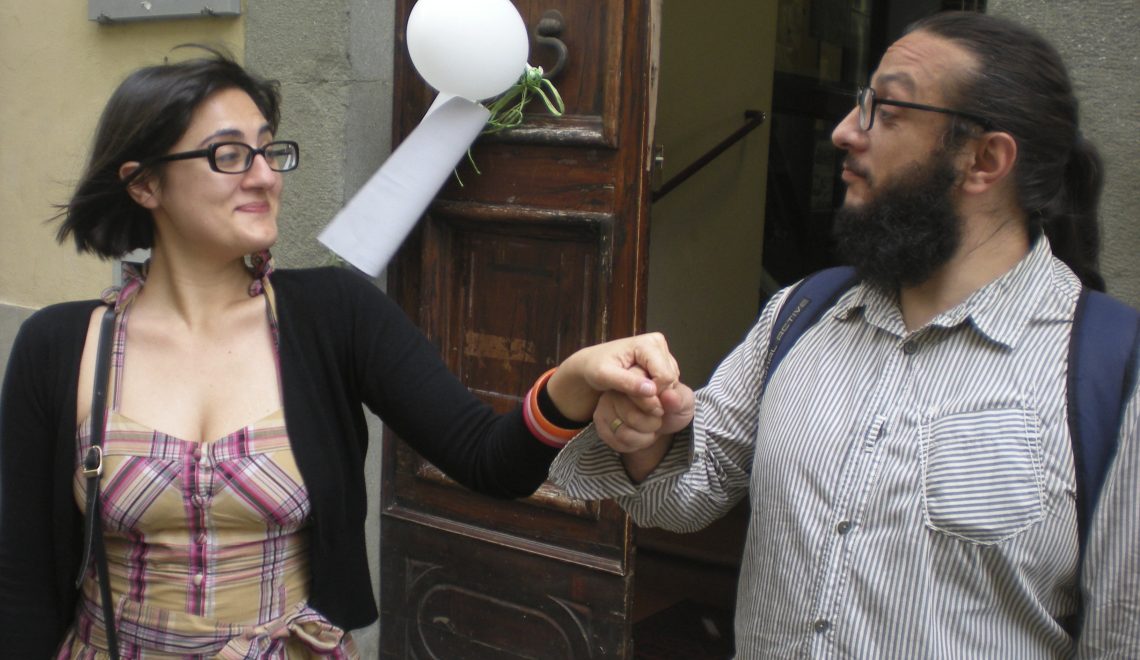