From January 20 to February 10 I’m involved in a discussion about Simulation in the mailing list YASMIN, that I moderate with Jennifer Kanary Nikolova. YASMIN is a network of artists, scientists, engineers, theoreticians and institutions promoting communication and collaboration in art, science and technology around the Mediterranean Rim.

We extensively use and live into simulation. In our everyday life we imagine situations, events, projects and decline them to the future: we simulate possible worlds and test them in a sort of permanent “what if” which is continuously reworked and modified. This process has been methodologically formalized in the sciences, where we build models, simulations, which try to describe facts, events and phenomena. Models and simulations have a very important cognitive role in knowing and understanding the world we live in.

Simulations are in the way we represent the world, in tools like photography, cinema, and video. It is in the visualization systems we use to model any types of processes (natural, social…). It is in the images we use to communicate, in the computer built stories like the recent movie “Avatar” by Cameron. Simulations doesn’t only refer to images but to sounds too, since the sound synthesis, the acoustic effects, the multitrack recording studio’s possibilities literally build the sound of an artist, creating a sound space which is totally independent from the real, synchronous and direct dimension of the live concert. Moreover simulations can refer to other senses too, involving the taste, the smell and the touch as well, playing a pivotal role in communication and creation.

So, what is simulation? How does it work? Does it only stick to human representations or visualizations or does it refer to a more general realm? What are the layers (technological, social, imaginative, conventional) that construct simulation? Which conflicts and power relations (in material or technological and sociocultural terms) are involved in their construction? And how do we make sense of them? Can these mechanisms be modified, enhanced, re-elaborated through artistic practice?

Maybe you can find some insights in this paper (“Simulation as a Global Resource”) I presented to Consciousness Reframed X in Munich the last November, which you can find here.

The simulation topic on Yasmin will be moderated by Jennifer Kanary Nikolova and me.

Pier Luigi Capucci plc[at]noemalab.org
Since the early ‘80 Pier Luigi Capucci has been concerned with the communication’s studies, the new media and the art forms, and the relations among arts, sciences and technologies. Currently he is professor at the University of Urbino, at the SUPSI – University of Applied Sciences and Arts of Southern Switzerland, at the NABA in Milan, and supervisor in the M-Node PhD Research Program of the Planetary Collegium. In 1994 he founded and directed the first italian online magazine. He is the director of Noema, a web magazine devoted to culture-sciences-technologies interrelations.
http://www.noemalab.org/plc/plc.html

Jennifer Kanary Nikolov(a) jenniferkanary[at]yahoo.com;
Jennifer’s current PhD at Plymouth University, Planetary Collegium, aims to improve psychosis simulations developed in a scientific context by suggesting a new immersive model that makes use of installation art techniques: The Labyrinth Psychotica. Jennifer is currently the main tutor of the Honours Program Art and Research, an experimental collaboration between the Gerrit Rietveld Academie and The University of Amsterdam.
http://www.roomforthoughts.com

There are the following confirmed discussants (in alphabetical order):

Louis Bec louis.bec.isrp[at]wanadoo.fr
Louis Bec is an artist and a biologist and his research was focused on the study of the interrelationships among art and science, keen on a dialogue between the biological evolution and the new simulated life forms. His research is keen in new zoomorph typologies and communication ways between natural and artificial species. He was the first to introduce the issues of artificial life in the artistic research, and in this field he collaborated with many scholars, scientists and artists, among others with the philosopher Vilém Flusser.
http://www.mediaartnet.org/artist/bec/biography/

Wafa Bourkhis w_bourkhis[at]msn.com
Wafa Bourkhis is a painter, engraver, Digital and SL Artist. Phd Student in University of Tunis and University of Artois (France). Born and live in Tunisia (North Africa) and work as teacher of fine arts.
http://www.wafabourkhis.fr.st/

Roberta Buiani robb[at]yorku.ca
Roberta Buiani received her PhD in Communication and Cultural Studies from York University (Canada), where she completed a dissertation on the cultural significance of computer viruses and on the viral aspects of tactical media and online activism. Calling for a sustained critical analysis of science and technology, her work asks the question “why should we take the technologies we encounter on a daily basis as a given?” She published her work in Parachute, Fibreculture, Public, and The Spam Book (eds. Parikka and Sampson).
http://www.yorku.ca/robb/

Derrick de Kerckhove d.dekerckhove[at]utoronto.ca
Derrick de Kerckhove, Director of the McLuhan Program in Culture & Technology. His books are translated in a dozen languages including Chinese, Japanese, Korean, Polish and Slovenian. He was a member of several government task forces on developing a telecommunications policy, designing a cultural policy for the francophone community in Ontario, and also appeared before the CRTC Public Hearing Committee on the Information Highway. Starting in January 2007, he is in Italy to engage a three year national Fellowship “Rientro dei cervelli”, at the Faculty of Sociology of the University Federico II in Naples.
http://www.utoronto.ca/mcluhan/derrickdekerckhove.htm

Michele Emmer emmer[at]mat.uniroma1.it
Michele Emmer is full professor of mathematics at the University of Rome “La Sapienza”. Filmmaker, his movies in the series “Art and Math” have been broadcasted by the State Italian television and distributed in many countries in english, french, spanish. He organized several events on “Art and Mathematics”, including the annual conference on “Mathematics and Culture” at the University of Venice, the exhibitions and conferences on M.C. Escher (1985 and 1998) at the University of Rome and the section on Space at the Venice Biennale (1986). He has been responsible for the math section at the Science Center in Naples and for many other travelling exhibitions on math.
http://www.mat.uniroma1.it/people/emmer/

Laura Gemini laura.gemini[at]uniurb.it
Laura Gemini is a researcher at the University of Urbino “Carlo Bo”, Faculty of Sociology, member of the Research Lab for Advanced Communication – LaRiCA, member of the Dept. of Communication Studies. Media, languages, spectacle. Professor of Sociology of Theatre and Spectacle and Theory and Practises of Contemporary Imagery. Her interests concern contemporary imagery supported by media with peculiar attention on travel and artistic performances.
http://incertezzacreativa.wordpress.com/

Derek Hales hales.derek[at]gmail.com
Derek Hales is an architect and researcher. He works on interdisciplinary studies in culture and innovation including R&D commissions, public events and creative labs.

Ignazio Licata ignazio.licata[at]ejtp.info
Ignazio Licata is a theoretical physicist and epistemologist, Director of the Institute for Scientific Methodology for Interdisciplinary Studies (ISEM), Palermo. His work spans from foundations of Quantum Physics to Emergence theories and Complex Systems, Mind & Life Physics and Biomorphic Computing. The interest for Maturana and Varela, Bateson and Goodman works led him to study the relations between art and science considered as the cognitive attitude in seeing by representations of an “immersed-in-the-world” observer. On this he edited “Unexpected Connections. The Science/Art Crossing”, Politi, Milan, 2009.
http://www.i-sem.net/profile/ignazio_licata.asp

Giuseppe O. Longo giuseppe.longo41[at]gmail.com
Giuseppe O. Longo is an information theoretician, epistemologist and writer. He contributed to the diffusion of mathematical information theory in Italy. He has done reasearch mainly in source coding theory. Currently, his interests involve artificial intelligence, roboethics and the relationships between man and computer, art and science, science and technology, cognition and ethics. He translated works by Gregory Bateson, Marvin Minsky, Douglas Hofstadter and others into Italian. As a writer, he has published novels, short stories and theatre pieces translated in several languages.
http://www2.units.it/~giuseppelongo/english.htm

Cristina Trivellin critriv[at]alice.it
Cristina Trivellin graduates in Humanities at Bologna University. Journalist, curator, she is the editorial coordinator of D’Ars magazine. She designed, curated and set up exhibitions and cultural events in Italy and abroad, mainly focused on young artists and new media art. She is a member of AICA (International Association of Art Critics). She will pick up and collect the most important discussion topics to eventually get them published.

Natasha Vita-More natasha[at]natasha.cc
Natasha Vita-More, media artist and theorist, PhD research concerns human enhancement and radical life extension. Natasha’s design “Primo Posthuman” has been featured in Wired, LAWeekly, The New York Times, U.S. News & World Report, Net Business, Teleopolis, and The Village Voice and over twenty-four televised documentaries. Currently, Natasha is a fellow at the Institute for Ethics and Emerging Technologies, a Visiting Scholar at 21st Century Medicine, Advisor to the Singularity University, Board of Directors for Humanity Plus, Scientific Board of the Lifeboat Foundation, and Advisor to the Alcor Foundation and Kenya SIYM International.
http://www.natasha.cc/ 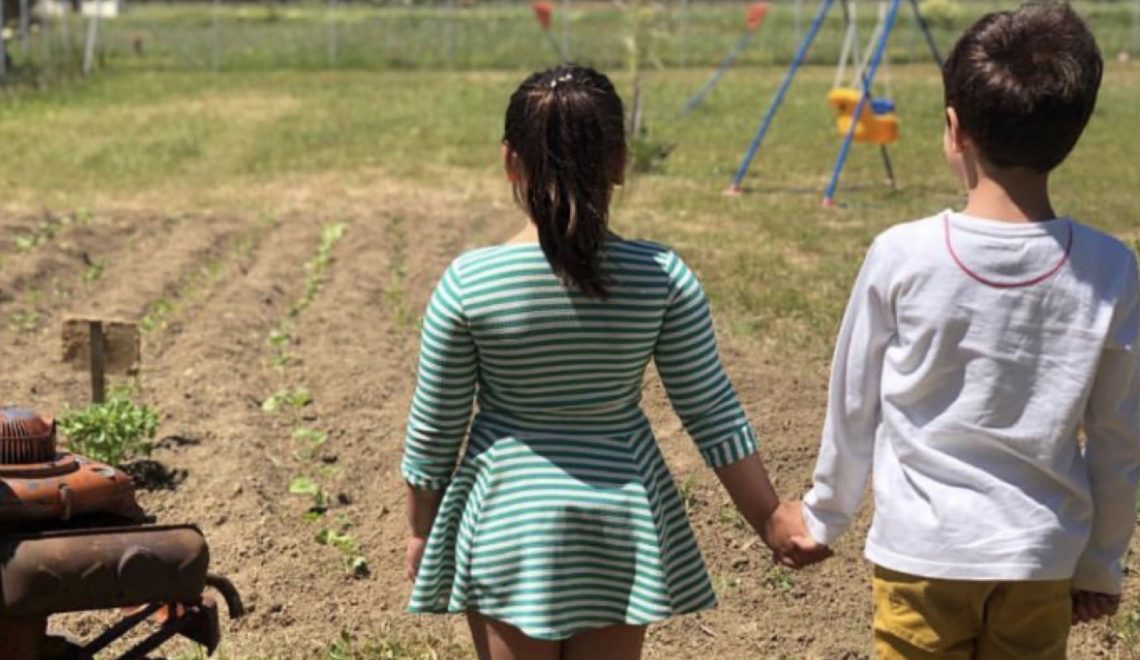